I’ve been thinking about navigation in the wilderness and how digital media can support it. There are a couple of things that are particular to the type of navigation in the wilderness we’ll be doing  (foot travel in a place where routes aren’t necessarily defined and never square)  and some related work that might give some insight in to that topic, which might be the subject of a later post (GPS, FeelSpace Belt, compass). 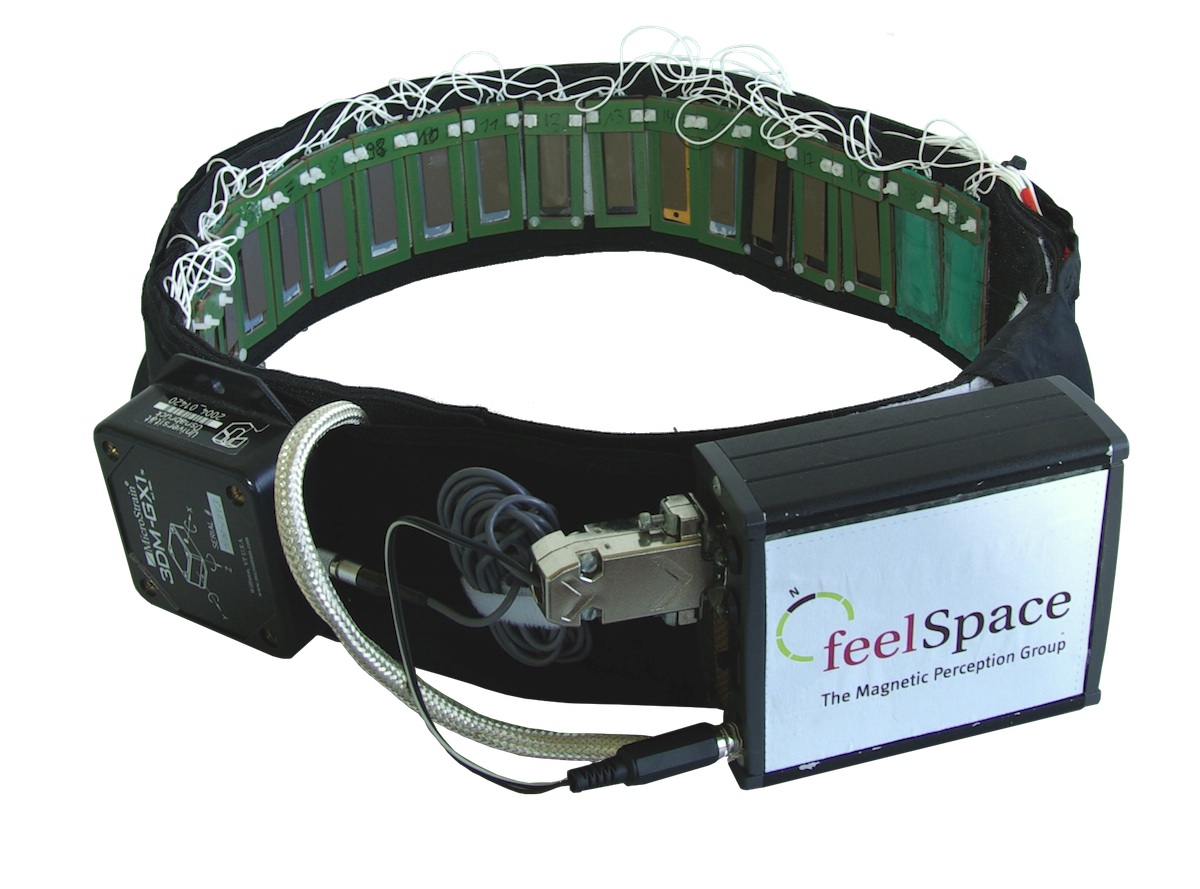 Having given it some thought, I’m still not sure where I fall with respect to a persistent sixth sense sort of set up because it fundamentally changes the experience of the world, which isn’t what a naturalist is after. It also adds a layer of complexity that’s not necessary for prototyping and testing tools. So I’m thinking of making a tool that can be used when needed or wanted, but not relied upon constantly (like GPS often seems to be for some reason).

This tool is basically a compass, but it always points to a user defined location. The simplest version I can think of would have a sensor (magnetometer or GPS depending on software) and a microprocessor in it, and a button and an LED with an arrow drawn next to it on the outside. The user pushes the button to set a location. From then on, if the arrow points at that location, the light turns on. I guess a vibration or anything could happen. Output shouldn’t be arbitrary, but I haven’t given it much thought yet.

There are lots of good uses for this, but primarily for me, it becomes a tool for developing a sense of direction that aligns with the type of movements, terrains, environments, and durations that are part of exploring the forest.