After the last day of the prelim workshops, there was still SOO much for me to do.

I had to finish charging all of our batteries, finish up several projects, organize the last bits of electronics we needed to take, and prep the hacking laptop (hacktop). Just getting this laptop ready was a major time suck. I had recently switched to an old macbook air (2010, 11 inch version) because it was super lightweight, cheap, and rather power efficient. But i didn’t have lots of the software and drivers and libraries we needed on it t work with lots of different projects. We were leaving at 6am, which mean i just didn’t sleep.

Luckily Laura drove my car for me, and I passed out immediately (while trying to charge an extra battery). I apparently put a penguin mask on my head to block out the light. I have no recollection of this: 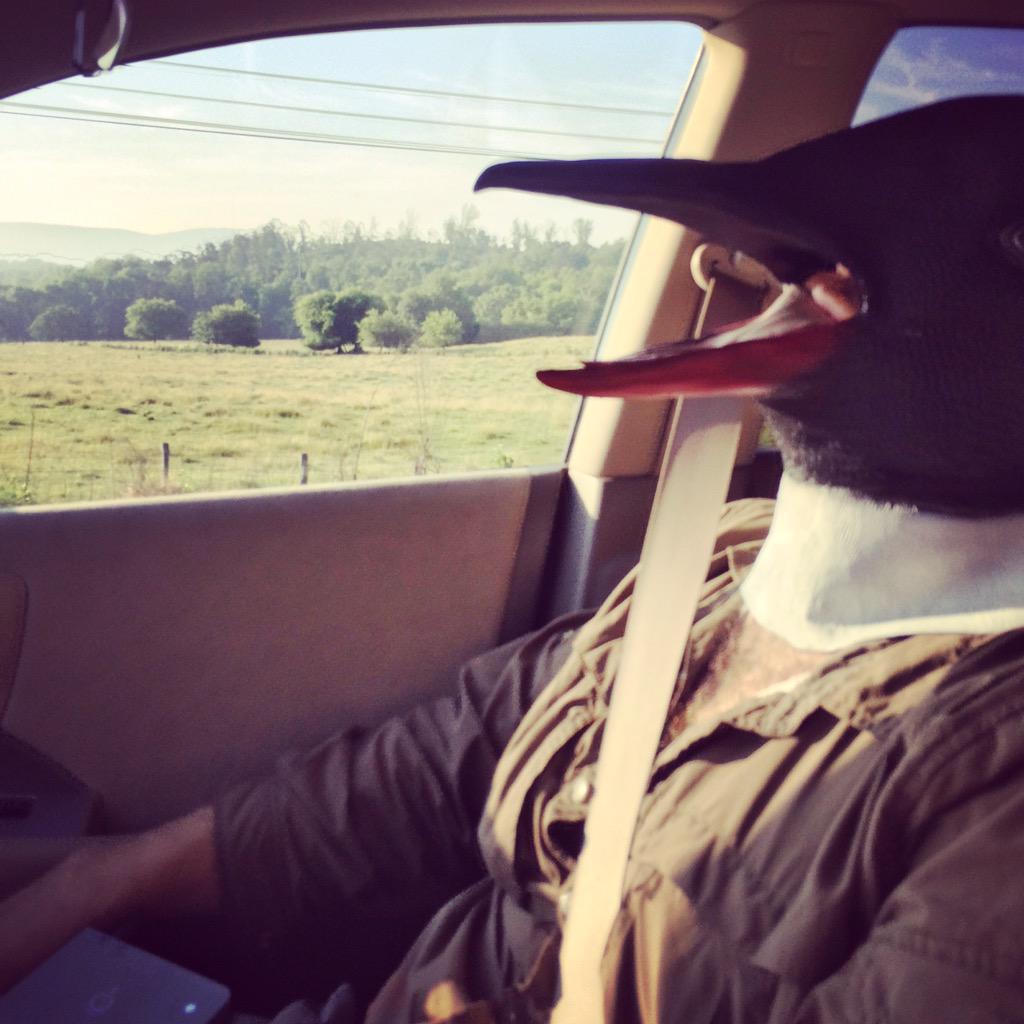 Everyone was already loaded to the gills with STUFF. The lightest packs were over 35 pounds (16kg), and most ranged around 18-23kg (40-50lbs) . Paul was pretty worried about us being overloaded, but I was feeling bizarrely terrific. So i tried to hide the fact that I was carrying a superfluous 50 foot fire hose and generator in my backpack. I had so little room I had to carry Hannah’s portable day pack on my front. My total load ended up being 36.8 kg (81 lbs).

breaking in a glen

I was a bit worried. I had little sleep, and just 6 weeks before I had broken my left foot. But the weird thing was, i felt fantastic. My whole body just felt comfortable and strong tromping through the forest with all this gear. I think all the injuries and illnesses from the previous hiking hacks had torn my body down to rebuild it into a fantastic machine for carrying ridiculous amounts of potentially useless stuff.